Expo Attendees Could Help to Advance Treatment for Alzheimer’s, Other Diseases

If you had an opportunity to advance treatments for common uncurable diseases and conditions such as Alzheimer’s and depression, would you? The Prime Time 50+ Health Expo, to be held at the Embassy Suites hotel in October, will give all attendees that chance.

IMA Clinical Research, which conducts clinical trials that support the development of safe and effective medical treatments, will have a mobile research unit on site. Though IMA has participated in at least seven previous Prime Time Expos under its former name, Albuquerque Neuroscience, this is the first time the organization will be conducting day-of screenings for anyone who wishes to participate in a trial.

“We wanted to do something different this year since we have several studies that are requiring us to have more of the 50-plus population,” said Lacey Clements, director of patient recruitment strategy. “So, we can do (preliminary screenings) right there, rather than bringing people to our office, to make it more accessible for the population that is currently there at the Expo.”

Diseases for which IMA is now conducting studies in Albuquerque include Alzheimer’s, fibromyalgia, major depressive disorders, and attention-deficit/hyperactivity disorder.

Those who volunteer with IMA in Albuquerque and with IMA studies across the organization’s national clinical research network are helping to evaluate the safety and efficacy of innovative medical treatments. Robust data collection through such trials is required by the U.S. Food and Drug Administration before a product can be provided to the general public as a prescription. IMA’s customers are pharmaceutical and medical device manufacturers.

“Our ultimate goal is to help bring new medicines and devices to patients that need them,” said Mike Minor, IMA’s executive vice president of Clinical Research.

At the Expo, physicians will be at the mobile unit to answer questions or discuss concerns of anyone who is avidly interested or even just curious about the trial process. Participation in a study is voluntary, and a person can opt out at any time. For those who give consent to participate, simple tests may be conducted immediately to see whether you qualify. These could include a blood pressure test, EKG, or a blood test, depending on the trial. Office visits would be scheduled for those who pass the initial screening and wish to continue on.

Take the Alzheimer’s study, for instance, which is evaluating whether a certain product can prevent development of Alzheimer’s disease. A specific blood biomarker can reveal whether a person is prone to the disease and would therefore be a candidate for the trial. Those who qualify would receive either the product being tested or a placebo, an inert substance with no medical effect. Researchers would observe both sets of volunteers to see whether there was a marked difference in results.

Duration of participation in a study depends upon the treatment being researched. Someone volunteering for a study of a new antibiotic may only be involved for a few weeks; other trials that depend on longer observance periods could require an investment of several months.

“We receive what’s called a protocol. It’s like a cookbook for testing a product,” Minor said. “And that cookbook tells us what tests and assessments we have to conduct with the patients and what data we have to collect from the patients in order to combine those across multiple locations, across countries, and across the United States to represent the population at large and for the FDA to have that data and analyze it and be able to say, we approve this product for use under prescription.”

The entire process for any new treatment, from the start of the study to your medicine cabinet, often takes a decade, if not more.

Well-known treatments that the Albuquerque location had a hand in bringing to patients include antidepressants Prozac and Wellbutrin, the anti-anxiety medicine Xanax, and Donepezil, which is used to treat dementia related to Alzheimer’s disease.

“Sometimes the (trial treatments) work in profound ways and the contribution that those patients, those volunteers, give by giving their time and permitting us to study them helps millions of people,” Minor said. 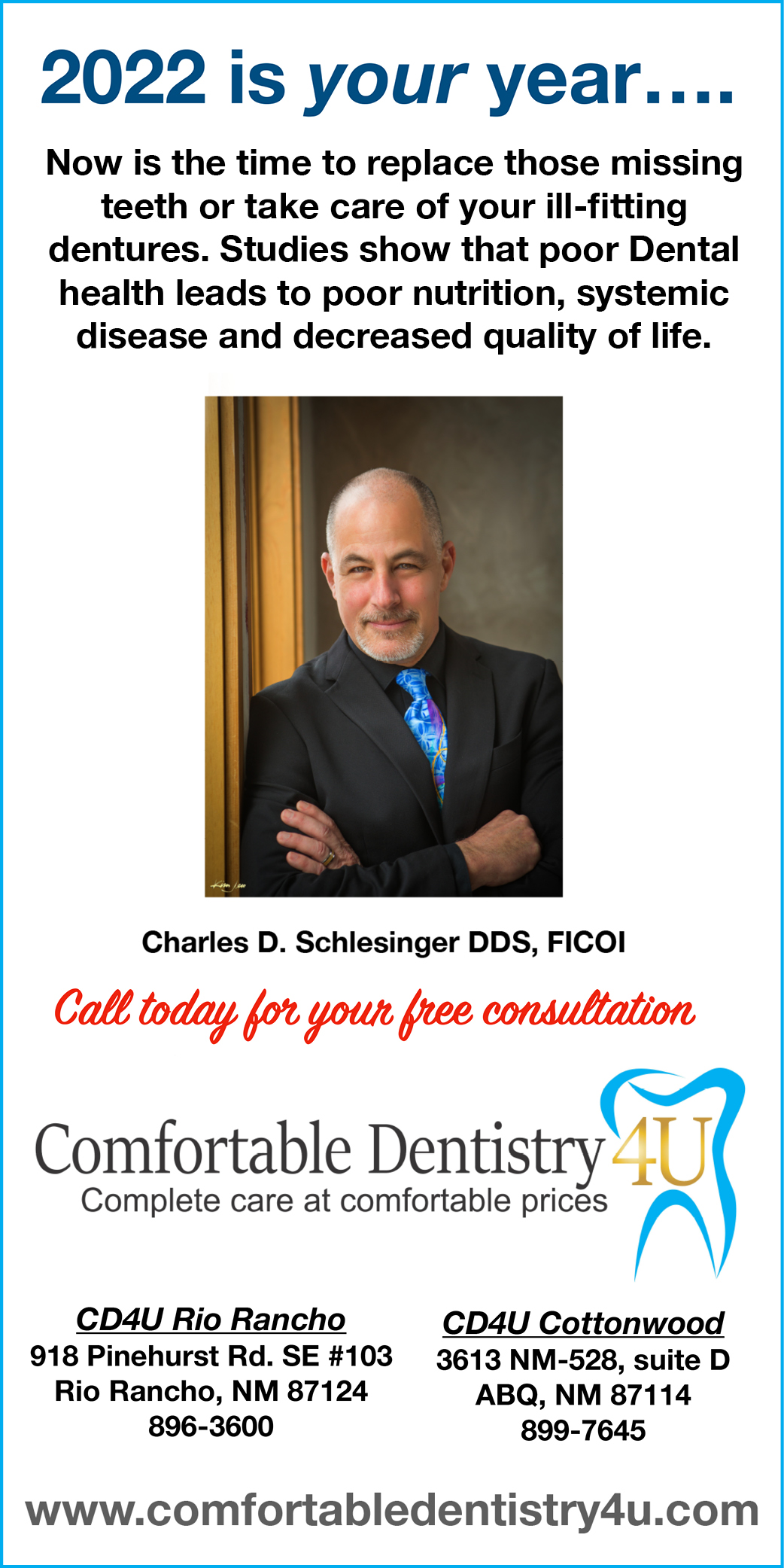 Painter of Place: The Life of Ed Sandoval

Crafts Off the Beaten Path

By Jim Miller Dear Savvy Senior, What tips can you offer for downsizing?...
Prime Time Staff