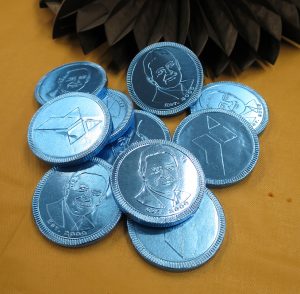 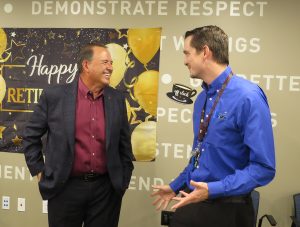 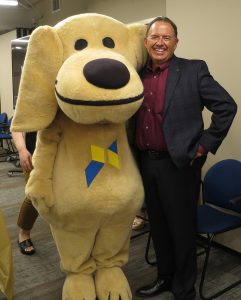 ALBUQUERQUE, NM—Robert Chavez, who has spent 22 years at Sandia Laboratory Federal Credit Union (SLFCU), serving as its CEO for the past eight years, retired on June 24, 2022.

“I’m leaving at a good time. We have a wonderful culture and an incredibly talented, dedicated team. We are growing our membership and responding to their needs. I know we will continue to be a trusted financial partner for our members and the communities we serve for decades to come,” Chavez explained.

Described as “beloved,” Chavez was so popular that not one but two separate retirement parties were planned so that staff and the many community members and volunteers he worked with over the past two decades could give him a proper send-off.

“He has done an outstanding job in moving our credit union forward and has assembled a high-performing team that will ensure SLFCU continues to develop and flourish by meeting the evolving needs of our members. We wish him and his family the very best during his well-deserved retirement,” said Chuck Maheras, SLFCU Board Chair.

A native of Albuquerque, Chavez earned his bachelor’s degree at New Mexico State University, and his Master of Business Administration at the University of New Mexico.

Chavez began his financial career right out of college at Sunwest Bank of Albuquerque,

spending 13 years at that financial institution and three years in private industry before joining SLFCU as Vice President of Operations in 2000. At that time, the credit union had five branches, 170 employees, 45,000 members and $597 million in assets. He took over as CEO in 2014.

Under his leadership, SLFCU has nearly tripled its membership to 132,000 with 12 branches in New Mexico and one in California. The credit union employs 394 staff members and holds more than $3.5 billion in assets. SLFCU has won numerous awards, including being named Best-In-State by Forbes for the last three years and consistently being ranked among the top credit unions for total financial return to members by Callahan and Associates.

Chavez credited SLFCU’s growth to the people he worked with. “Our team continually strived to improve our offerings and how we delivered our products and services, and to make sure we were giving our members the best rate of return possible,” he noted.

“One of the things I’m really proud of was our Net Promoter score.  Net Promoter measures customer experience and satisfaction as well as willingness to refer a business. The average bank has a 39 percent score, while credit unions typically achieve between 56-59 percent. SLFCU had a score of 76-77 percent,” Chavez said.

Among milestones Chavez recalled during his tenure with SLFCU were successfully implementing business and commercial lending, expanding the credit union’s home loan offerings and guiding a conversion from a “home grown” core operating system that had been in place for 40 years to a more sophisticated operating system in 2017. That conversion, which was 18 months in the planning, was a turning point that allowed SLFCU to greatly expand its online and in-person services and products and streamline the way it does business.

Chavez said the biggest challenges in leading SLFCU was responding to a constantly evolving financial regulatory environment, and economic upturns and downturns. “What affects our members affects us, and we try to help them stretch every dollar and provide assistance so that they really can achieve their financial goals and live a good life.” He noted SLFCU has given $30 million in special dividends directly back to members since 2016.

Chavez added, “We were happy to be able to help our businesses access PPP (Paycheck Protection Program) financing during COVID because we always wanted to be there when they needed us.”

Asked about his future plans, Chavez said he intends to spend time with his wife and with his daughters, who live in Portland, Oregon, and Jackson Hole, Wyoming. He hopes to put his experience in fly fishing school to good use, spend time improving his golf and pickle ball games and help one of his daughters remodel her newly purchased 60-plus-year-old home.

“What I’ll miss most is the people. We’ve gone through life’s major challenges – marriages, the birth of children, and funerals – together.  We’ve laughed and we’ve cried,” Chavez said.  He added with a smile, “But I’ll still be around because I’m a member of SLFCU and this is where my money is. I’ll be dropping in.”

Sandia Laboratory Federal Credit Union is one of New Mexico’s largest credit unions by asset size, and serves more than 132,000 members with 12 branches in the New Mexico area and one in Livermore, California. SLFCU currently holds $3.5 billion in assets and was ranked as New Mexico’s Best Credit Union by Forbes in 2022. Formed in 1948 by employees of Sandia National Laboratories, the field of membership served by SLFCU now includes more than 1,100 partner companies in New Mexico and California. Employees of those companies and their family members use SLFCU for financial services that include checking, savings, home mortgages, auto loans, credit and check cards and investment services. Members enjoy a nationwide, surcharge-free ATM system and free online account services. The Credit Union is federally insured by the National Credit Union Administration (NCUA) and is an Equal Housing Lender; we make loans without regard to race, color, religion, national origin, sex, handicap, or familial status. 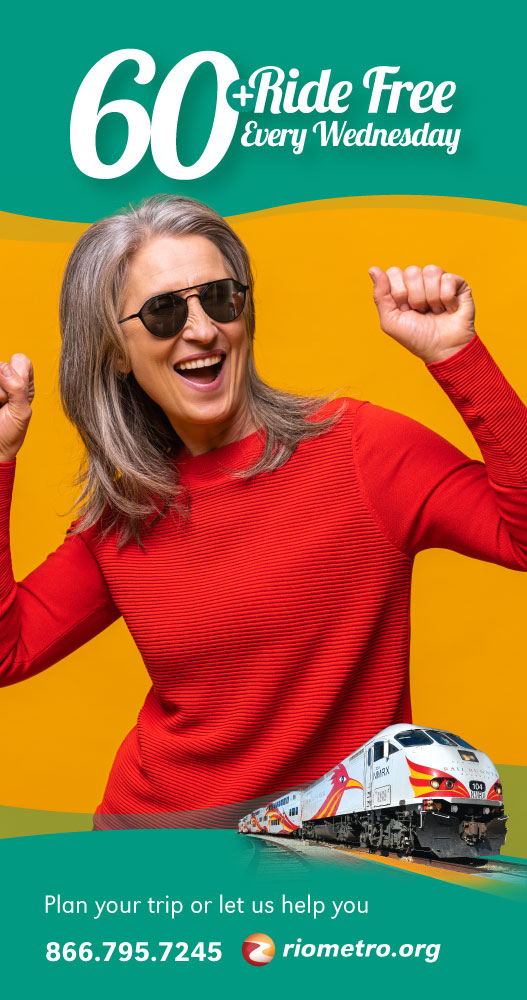 Adaptive Clothing Takes the Stress Out of Dressing

By Dr. Laura Hady I am excited to join the Prime Time community as an...
Dana Benjamin
Blog

Lemon and Capers and Shrimp, Oh My!

By Betty J. Kekse Spring is here and what better way to celebrate than a...
Dana Benjamin