Tomas Enos is a modern-day folk healer. Educated as both an American ethnobotanist and as a Latin American curandero, Enos has blended his academic influences and holistic healing experiences to become a premier local expert in the art and science of wildcrafting – harvesting plants for medicinal purposes.

Enos’ spiritual respect of plants as living, health-giving entities is paramount to all that he has done in the healing arts over the last 25-odd years, as he has helped to educate others about the curative value of the natural world.

Enos is a lecturer at the University of New Mexico and a faculty member at the Institute of American Indian Arts (ethnobotany) in Santa Fe. He has even served as an agricultural/botanical consultant to NASA, the 22 Native American tribes of New Mexico, New Mexico State University, the New Mexico Department of Agriculture, and the U.S Department of Agriculture. In an effort to help the average person seeking improved well-being inside and out, Enos formulates and sells natural products at his retail outlet, Milagro Herbs, in Santa Fe.

“To understand wildcrafting is to understand the life cycle of the plant and to know everything that we can know about a particular plant,” Enos said.

Enos received his doctorate in ethnobotany from Union Institute and University in 2001 after completing a two-year apprenticeship and study of traditional healing practices in Oaxaca, Mexico. There he drew from an established network of herbalists and healers who comprise an organic arm of the country’s system of medicine. This culminated in his dissertation on holistic healing and curanderismo, a centuries-old system of health that treats body, mind, and spirit and that Enos continues to practice.

“In Mexico, they know so much about not just the plants and their uses, but the techniques and applications, as well as what perspectives of spirituality are attached to the plant,” Enos said. “They work with all the different elements to bring our bodies into balance and wholeness.”

Enos’ journey into the plant world began in earnest about three decades ago when he decided that he would spend the remainder of it in direct contact with the natural world of healing. It was 1990 when he met nationally renowned botanist and medical herbalist Michael Moore, founder of the Southwest School of Botanical Medicine in Silver City, N.M., and was so impressed by Moore’s passion for helping humanity and fostering people’s well-being that Enos enrolled at the school within months. The very day that Enos graduated from the five-month course, he began his practice in Silver City, later relocating to Santa Fe.

Most of his clients and customers seek plants to restore the stomach or remedy the nervous system. Coincidentally, plants that heal the stomach and nervous system are the two broadest and most abundant categories of plants found in New Mexico. Most have a lush, vivid history of use in the state.

Oshá has an extended history as a medicinal herb in New Mexico. Belonging to the parsley family, its leaves are commonly incorporated into cooking, while the root has long been purported to possess anti-bacterial, anti-viral properties and is used to enhance human immunity to colds, flus, and viruses.

“In a sense it would be considered our Ginseng of the Mountain West,” Enos said. “It is so famously known for protecting the lungs from pathogens from cold air and protecting against airborne pathogens and infections. It’s famously used for stomach infections and for stimulating circulation.”

Originally from India, ashwagandha is an evergreen shrub that aids the body’s adjustment to nerve-racking conditions. While calming and strengthening innate resistance and assisting the nervous system’s ability to handle strain and pressure, ashwagandha builds hormonal strength and broad-spectrum vitality.

“Adaptogens, like ashwagandha and oshá, too, help our bodies adapt to stressful environments, boosting the immunity, and creating warmth that helps us adapt to a cold condition or a constricting condition. Ashwagandha is more in the realm of a cooling and calming condition, but at the same time strengthening.”

Though it is ordinarily associated with subtropical plants, ashwagandha grows favorably in a continental climate such as New Mexico. The dried root and the whole plant are used in the traditional medicinal application.

“We have found that it does really well here in New Mexico as an annual, and after one year of growth, the roots get really big,” Enos said.

Edible, fragrant, and nutritious, yerba mansa is a flowering plant that grows along the waterways of the Rio Grande, but also in the high country and all the way to southern California. Yerba mansa is frequently prescribed topically or internally to treat hot, inflamed conditions in the body, cooling it down and soothing or shrinking inflamed tissues.

“Yerba Mansa is commonly used to shrink an ulcer, stop bleeding, stop the pain that comes from extreme inflammation and so forth – mouth sores, gum sores, throat sores, lungs, or sore stomachs, or urinary tracts, or anything that’s hot and inflamed,” Enos said.

Enos emphasizs that prolonged periods of heat and inflammation are conditions that humans want to avoid in their bodies. Long-term high temperature and irritation erode and destabilize the body, becoming hazardous when the tissues no longer feel like repairing themselves or are obstructed from conducting necessary repairs.

“That’s why it’s such a high priority to bring everything back into balance with plants such as yerba mansa,” Enos said. “Yerba mansa does well growing in gardens. We need more people to grow that plant in their pots and gardens and so forth.”

Another ubiquitous plant found in New Mexico containing a number of strong healing components is the prickly pear. Highly nutritious, exorbitantly high in a slew of vitamins, calcium, iron, and antioxidants, the pads of the prickly pear soothe and moisten the body.

“Anything that moistens the body in a desert climate is highly valued. And so by eating it, it soothes the stomach and the kidneys, keeps the stomach moist, keeps the body hydrated,” Enos said. “The fruit has been used and studied for its benefits to lower blood pressure, and since it is high in vitamin A and C and E, the fruit is either juiced or made into different products.”

If the nervous system is out of sync, one tends to be irritable, moody, or sleepless and at times even irrational in their thoughts and mental outlook. Nervous system imbalance tends to create widespread inflammation, knocking other parts of the body out of balance, too. Counteracting such disparity, nervines are herbs widely used to support and strengthen the central nervous system. One such plant, widespread in New Mexico, is valerian, which grows in the high, moist mountains, blooming in the early spring. Valerian’s effectiveness is not just in its ability to sedate but also in its energy to nourish.

“A nervine is typically used as something that calms the nervous system and affects the emotional state,” Enos said. Valerian fits people who tend to be emotionally distraught or have extreme nervousness. We have over thousands of years of history of using plants such as valerian, medicinal plants that bring our bodies back into some balanced state, where we can function and be healthy.”

Enos, a former faculty member of ethnobotany at the Institute of American Indian Arts in Santa Fe and agricultural-botanical consultant to NASA, said that faith and acceptance are two of the most powerfully and deeply embedded institutions of healing medicine: faith in the knowledge and recommendation of the practitioner; faith in the command and competence of the plants; and acceptance in the importance of the seeker’s own self-determination and self-obligation.

“It is important to believe that you are going to follow through with your commitment to yourself,” Enos said. “That’s as important in believing that you could improve your life with the plants.” 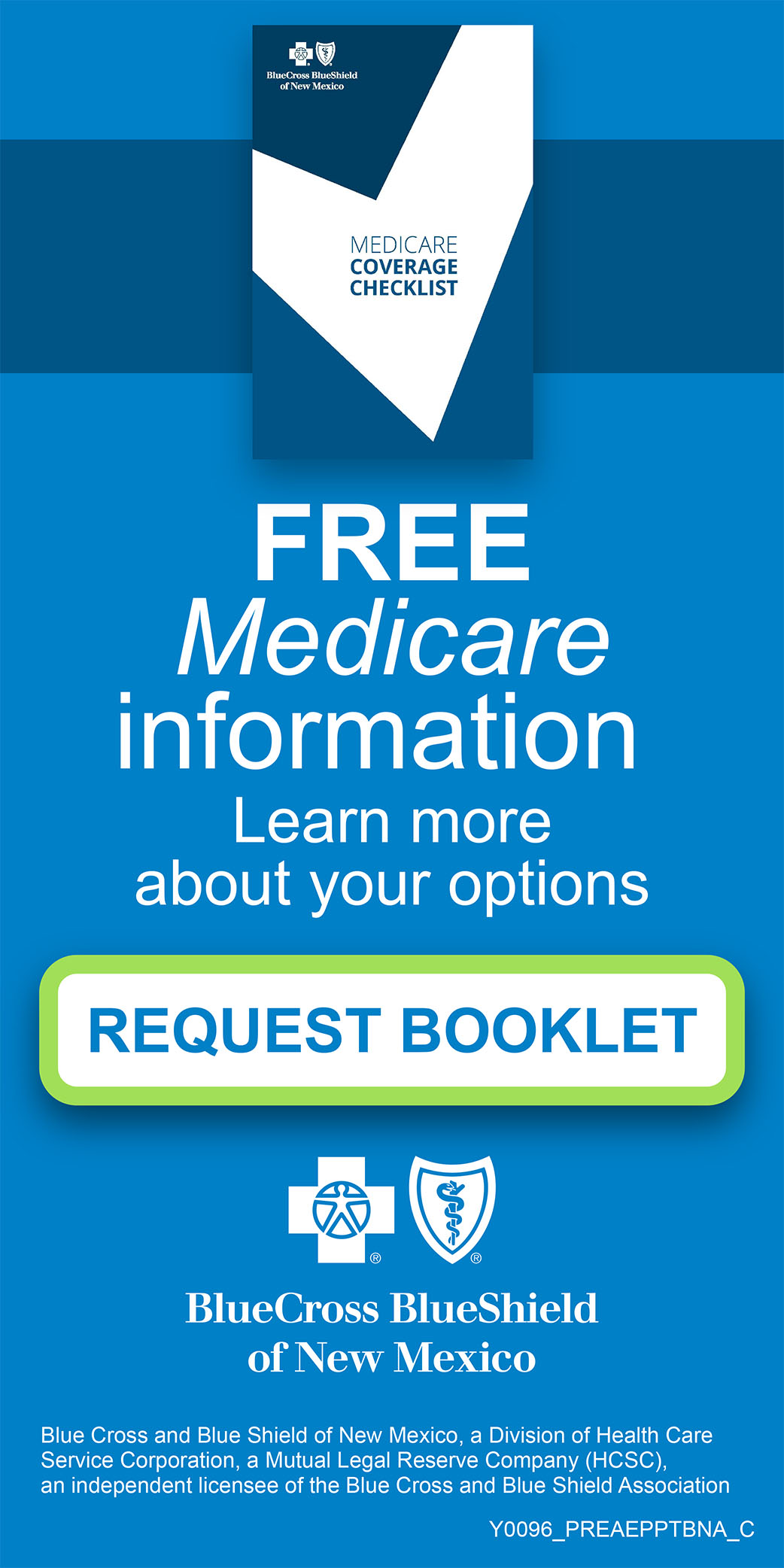 By Jim Miller Dear Savvy Senior, What can you tell me about electric...
Prime Time Staff
All About Pets, Sponsored

By Kimberly Blaker  In living with and interacting with our dogs, we get...
Prime Time Staff
Blog, Cover Stories, Sponsored

By Beckett Nodal There is a new offering from the high-flying folks at...
Prime Time Staff